What would you do if you found out the phone number of someone famous?

A film was created to show that with Vivo you talk more paying less, where a boy was trying multiple phone numbers to find out the number of Grazi Massafera – Brazilian celebrity. Following this idea for the digital, we created the promotion: “If you find out Grazi’s number, what would you say to her?”

Thousands of people sent their sentences, the best ones were chosen and made into five films; also, the winners received a mobile phone each. 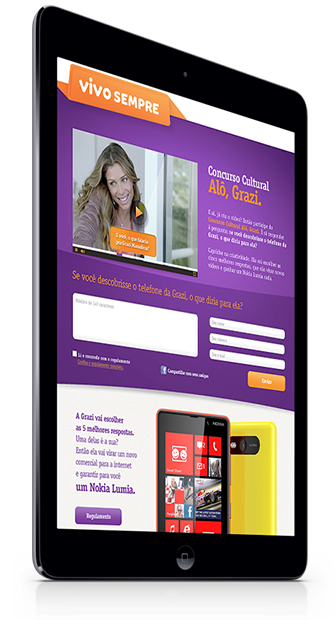 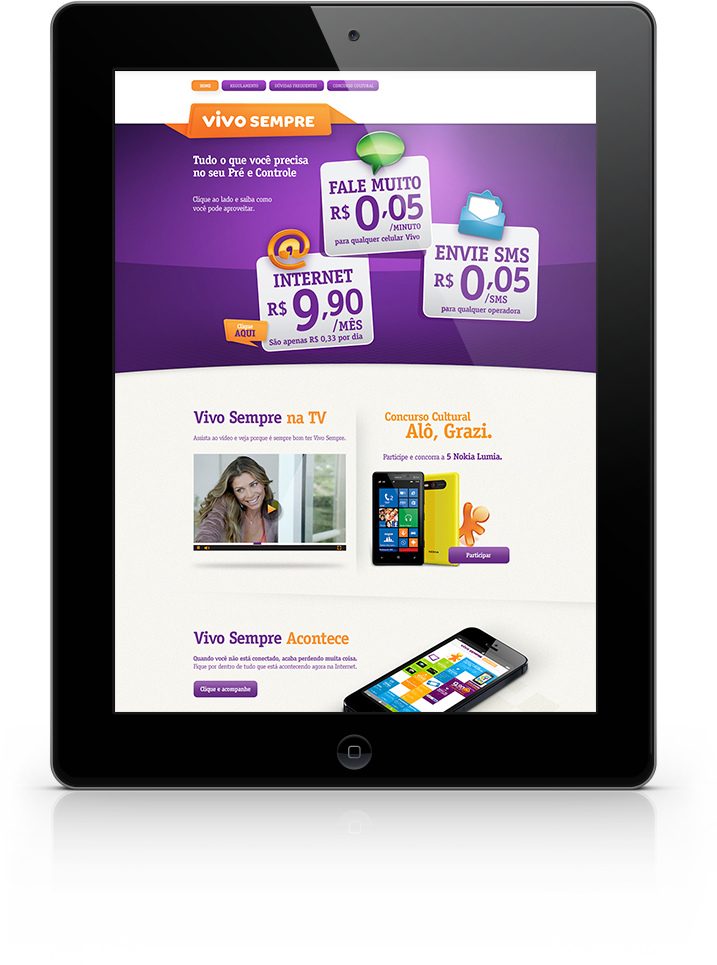