A traveler goes around Brazil only using his credit card. "Brazil is priceless."

The challenge was on for a traveller and his MasterCard: to go over Brazil using only the card.

The trip was inspired by a campaign with reality show characteristics, exploring the cultural, social and geographical diversity in Brazil.

More than 1 million people followed the traveller adventures, witnessing in real time, over the internet. Whoever wanted could interact with travel arrangements or participate in a promotion in which the traveller could visit MasterCard costumer city, if he had not passed through there yet. 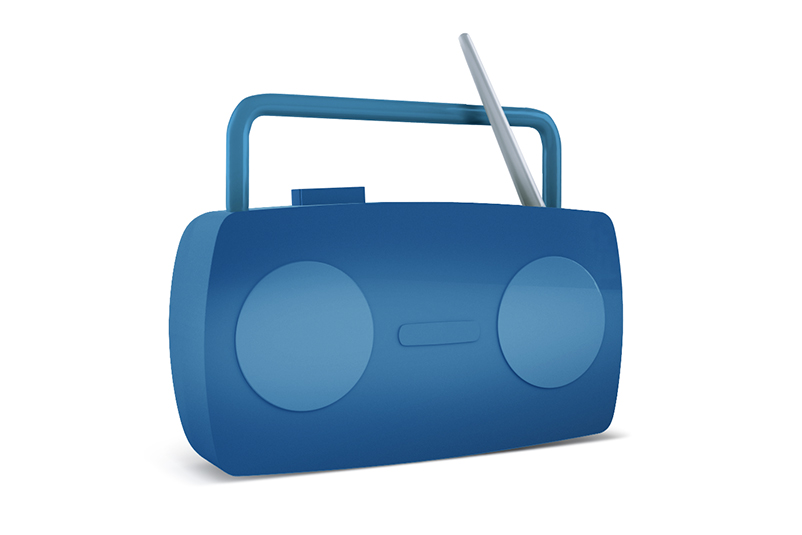 With the radio soundtrack, called “Poropopó Theme,” Mastercard Traveller has a relaxed way to use the card to “get away of” unusual situations and make a purchase. The narration fits nicely throughout the tune, referring to the cultural diversity of Brazil and Mastercard. 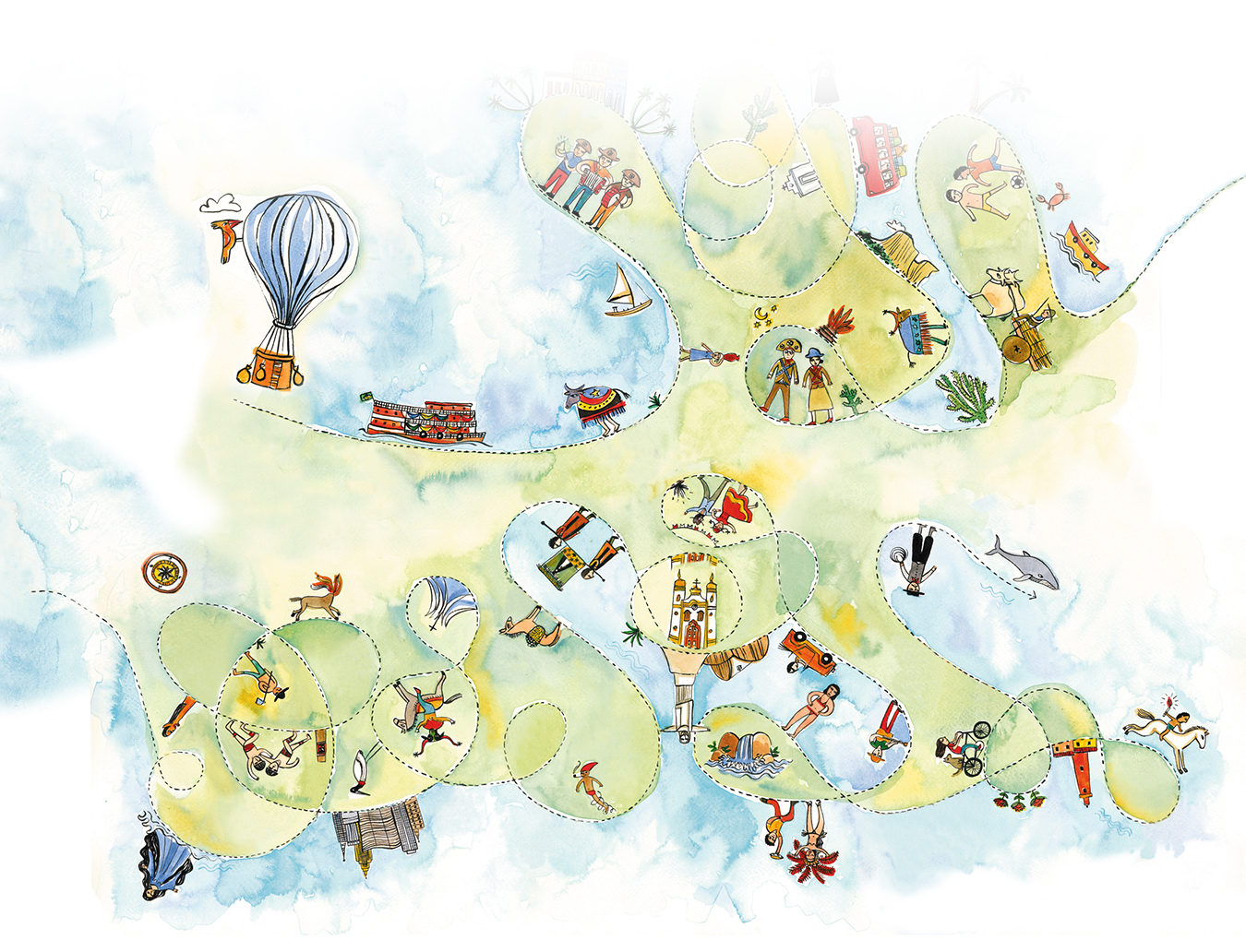 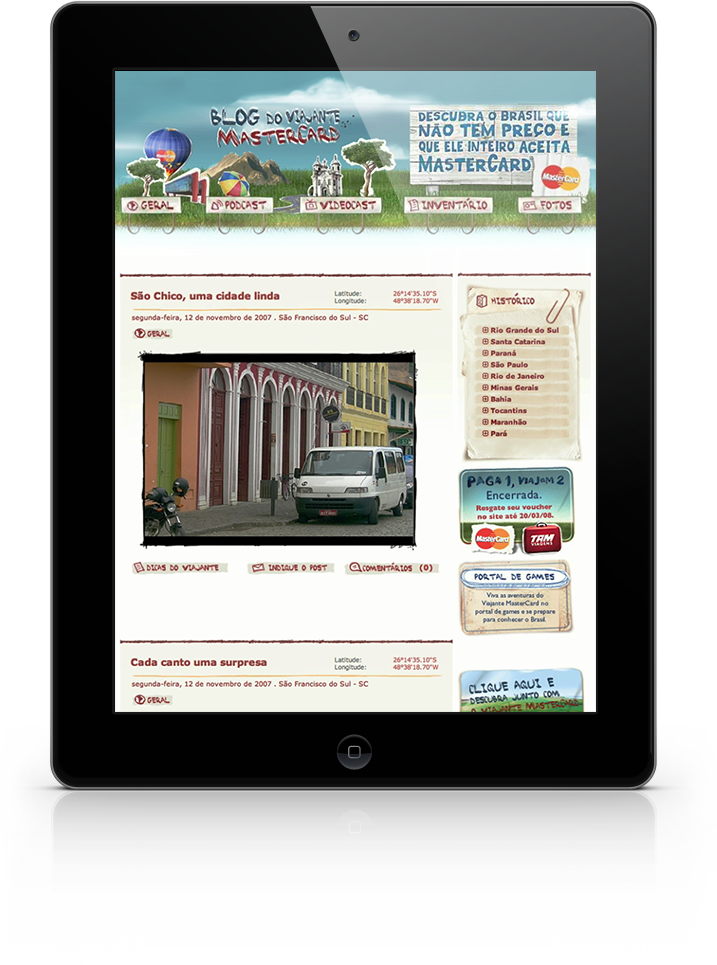 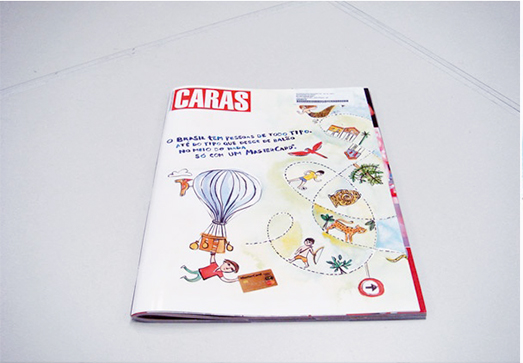 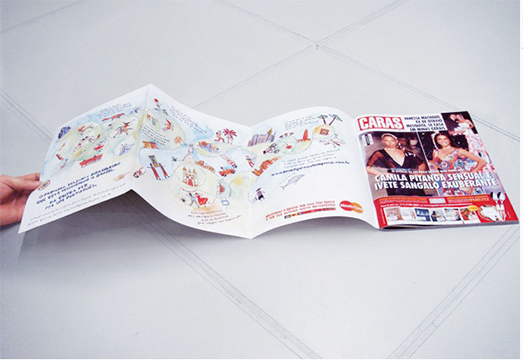 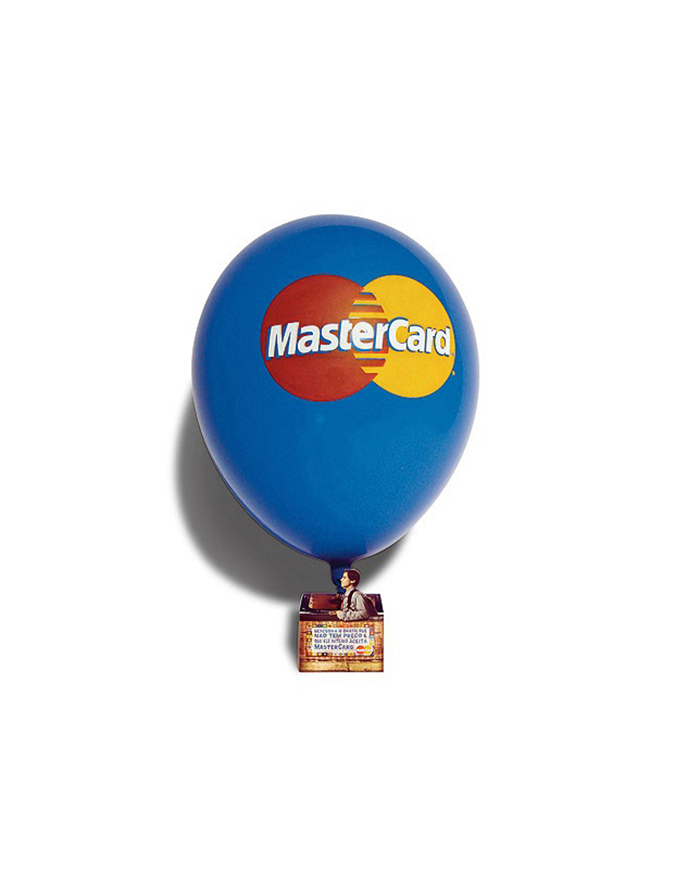 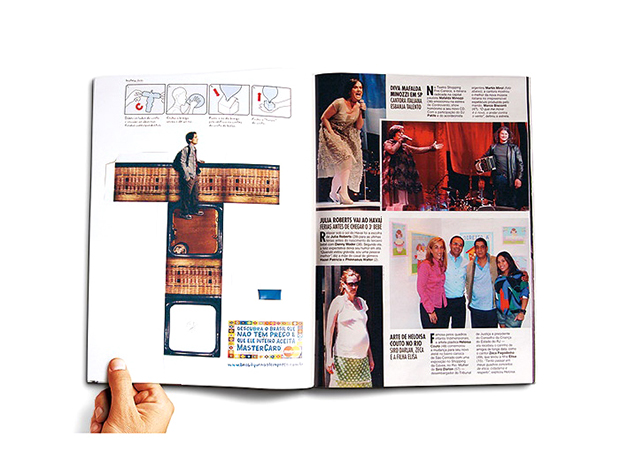 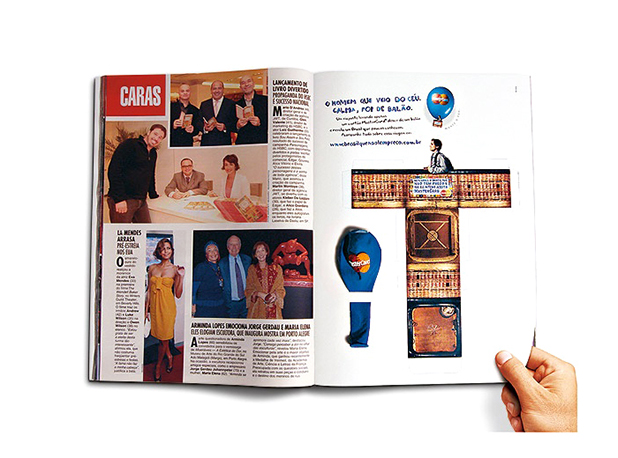 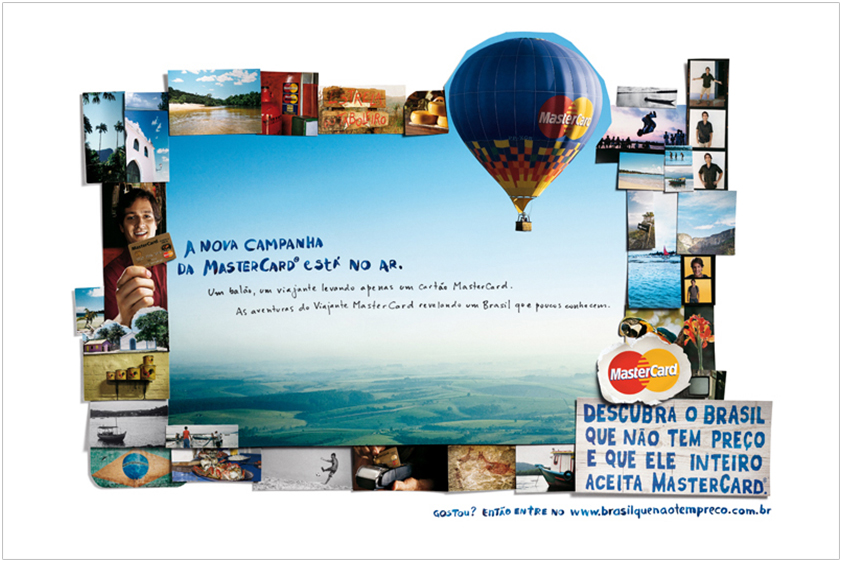 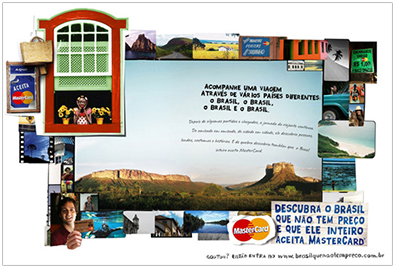 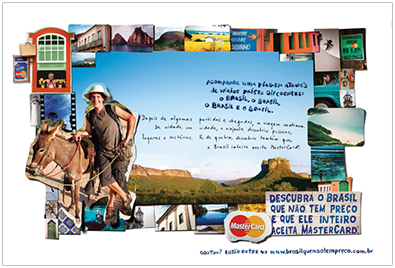